Quite amazing that only the US and German embassies seem to take it serious and are warning their citizens three days in advance.

Location: Indonesia, country-wide Event: On May 22, 2019, the General Election Commission (KPU) is expected to announce the official results of the Indonesian presidential and parliamentary elections. Indonesian police officials have publicly cited a heightened risk of terrorism in connection... 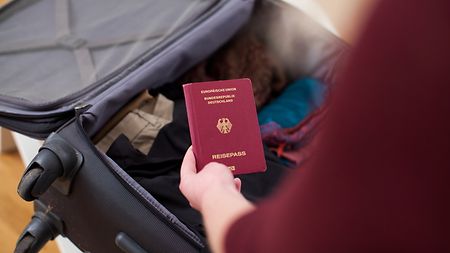 A quick check taught me there were no alerts (yet) on the Australian, British, French and Dutch websites.

Dave70 said:
There is WA circulating about BIN and Densus 88 warning to avoid shopping malls in Jakarta, Surabaya and Bali today and tomorrow.
Click to expand...

I did receive a warning via email from the French embassy.

It also seems that citizens from Taiwan and Iran also got a warning. That's coming via WA from mums at my son's school. And no, before anyone asks, I am not in direct contact via WA with mums from school ??. My wife is.
B

IMHO no need for chain panicking.

Of course avoiding streets and avenues where one knows demos will take place is just common sense. Same as avoiding the Champs Elysées on Sat and Sunday since 4 months....

Concerning malls, etc... I am not gonna change anything to my habits.

Balifrog said:
Of course avoiding streets and avenues where one knows demos will take place is just common sense. Same as avoiding the Champs Elysées on Sat and Sunday since 4 months.....
Click to expand...

Hmm. Not so sure one can compare this particular one with ongoing yellow jackets demos though...they try to get 4 million people in. (Personally I think it won't be more than a million because of having to work and Ramadan, but soit). There is no police force who can stop such a potential stampede without major measures.

JAKARTA (AFP) - Indonesian police said Friday (May 17) that they have arrested dozens of Islamic State in Iraq and Syria-linked terror suspects, including some who planned to detonate bombs at political demonstrations when election results are announced next week.. Read more at straitstimes.com.

Of course one should never live his life ruled by fear. But in this particular case there are definitely more people involved who will try anything to bring the government down, also by force and violence.

And what strikes me here is that for such an event, esp. business travellers or tourists who are not aware of the situation, are not properly warned by their governments (and embassies).
.
Last edited: May 18, 2019

El_Goretto said:
I am not in direct contact via WA with mums from school ??. My wife is.
Click to expand...

The US and German embassies are known for easily sending out alerts though, at least, when I was in Indonesia you'd see an alert from the US embassy, and then you go ask the Dutch one and they were like eh, use common sense, no need for an alert.

I still don't get what the demo is for. They lost by 12%. It's a landslide. Given the huge number of people involved in counting it would be impossible for any counting errors to be that high.
My guess is that the demo will be in the tens of thousands until the nasi bungkus runs out then they'll go home.
S

No nasi bungkus in Ramadan

Yeah, since it's Ramadan (people are tired but also already anticipating the upcoming mudik) and the 22nd being a regular work day that doesn't generate a long weekend (Friday demos are most popular), I don't expect thát much people.

Don't think there is still a lot of (election) budget available to 'buy' or incentivize the demonstrators.

Also, the news and press play a big role. People see strong language from law enforcement and warnings for terrorist attacks during the demonstrations. And there's a huge presence in the streets (and air; got quite some helicopters coming over already) of armed forces. That is rather intimidating.

So, I wouldn't be surprised if it will become a demonstration of more dedicated fanatics. But that doesn't make it less risky, on the contrary. snpark said:
No nasi bungkus in Ramadan
Click to expand...

They'll put it in their bag and eat it at 6pm.

What's circulating on WA right now is a call for protest starting Tuesday night until Wednesday morning. "buka puasa bersama" followed with "sahur on the road".

Also saw some calls for protests on Friday following the Friday prayer.
C

Interesting news. I hope there are no more pilots thinking like this. They could get weird ideas to direct planes to their targets.

This is the crap I saw on FB today:

That's in a public group.

I am not in Jakarta but no matter where you are you need to keep vigilant with all this nasty stuff be planned and announced. Especially Jakarta and Surabaya though.

They will have a demonstration sponsored by 212 nut cases. Prabowo is expected to be there. With all the reports of bombs for the rallies and some that have posted disaster to the election results if not Prabowo, people should be alert and not just around the demonstrations.

A worrying aspect of this is that the police have announced they will be unarmed at the demonstration. I believe that is a big mistake. Police should always be armed with bigger weapons than what a potential threat can attack with. Unarmed is not the way to go.

It would seem that this is a, we can't steal an election so we will destroy a nation. It is a coup of sorts. It sure seems time to start rounding up all these radical voices and finding ways to silence them. That includes the radical traitor hiding in Saudi Arabia.

Edit. A bomb was found and reported at 8:00 AM, this Monday morning in the entrance room of Advent Hospital. The police have no comments as of this time.
Last edited: May 20, 2019

Three small buses have been stopped with 54 men from Madura otw to Jakarta.

They found some Molotov cocktails in those vehicles. 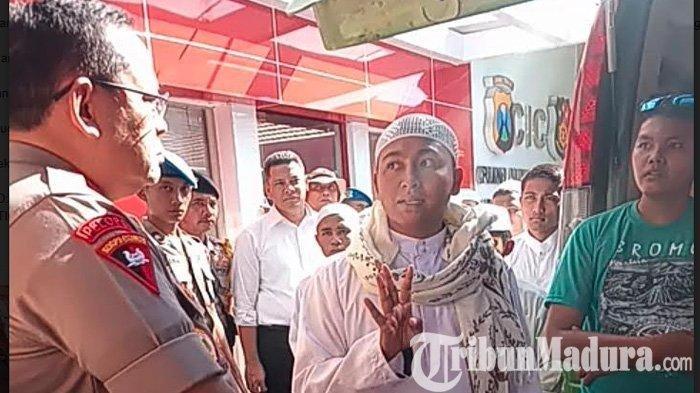 What supposedly started the May 98 riots was when some protesters were shot.

I think the police is going to be extremely careful in how they will make use of force against the protesters. Firearms are very rare in Indonesia, unlike other countries such as (on top of my head) the USA or the Philippines. As such, I believe water canons, lacrimogen gas and flash balls (rubber bullets) are sufficient to deal with sharpened bamboo sticks and molotov cocktails.

As for the terrorist threat, rest assured that the counter terrorism units are locked and loaded and ready to spring into action guns blazing against armed crazies. And if the terrorist attack in Central Jakarta a couple years ago is anything to go by, the threat of armed terrorists seems fairly low. Even when armed, they only have improvised and unreliable firearms. Bombs, on the other end, are a massive threat and guns are hardly any use against them after the fact.

This was shared in a WA group.

One of the schools I work at has cancelled school on Wednesday and the the Thursday field trip. The other school is taking the wait and see approach.

Same for my son's. Cancelled school on Wednesday and delayed end of year performance this weekend. It was meant to take place in Central Jakarta.

Users Who Are Viewing This Thread (Users: 0, Guests: 2)