Something else to worry about

I was amazed to read this below kills more people a year than car accidents. 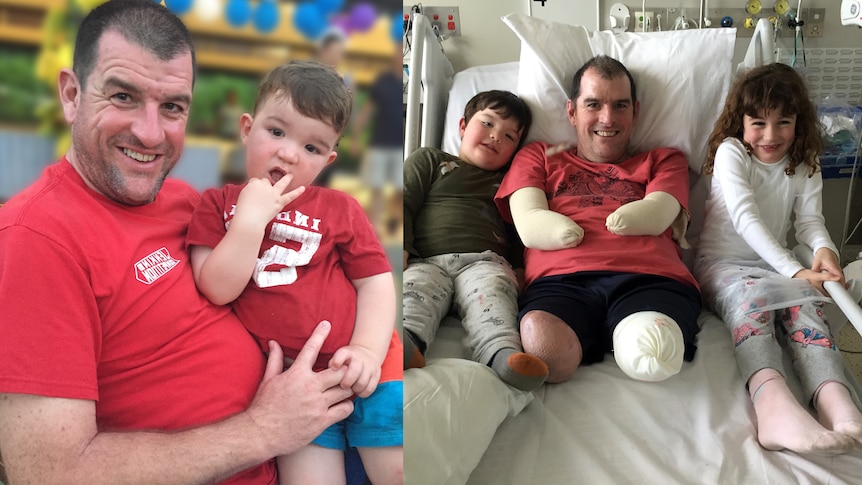 In a matter of days, Mick O'Dowd went from being a healthy, sport-loving father to a quadruple amputee. This is his extraordinary story — and his warning to others about how a simple sore throat or even a mosquito bite can turn deadly.

After much thought I have come to the conclusion that the three greatest fears of Australians are; being attacked by a shark; being overrun by Chinese and running out of toilet paper.

P.S. About 18 people die each year in Australia from choking. 7 Fatalities from Shark attack this year. (Highest ever.)

harryopal said:
P.S. About 18 people die each year in Australia from choking. 7 Fatalities from Shark attack this year. (Highest ever.)
Click to expand...

An estimated 100 millions of sharks are killed by humans every year, and this is probably below the real figure. No dispute on who should be worried of the other.

The sharks are hungry this year, just like your central banksters.
C

Coconuts kill per year more than sharks. Beware where are you going.

According to the Australian company Westlawn (self described finance and insurance experts) in 2012 '.... 58 people died just from falling out of bed. Slipping, tripping or tumbling killed a total of 715 people".

And some more helpful information:
As I have remarked before. living is a health hazard.

Living is tough, but the alternative remains unpopular.
D

harryopal said:
After much thought I have come to the conclusion that the three greatest fears of Australians are; being attacked by a shark; being overrun by Chinese and running out of toilet paper.

P.S. About 18 people die each year in Australia from choking. 7 Fatalities from Shark attack this year. (Highest ever.)
Click to expand...

Aboriginal Australians must have felt the same when they were overrun by “white men”.

The Chinese, at least, brought their money to buy whatever they own now in Australia.

Who’s to blame for selling to the Chinese?
H

I don't suggest these are logical fears. I think part of the fear of China stems from the gold rush period when many thousands of Chinese descended and frightened the life out of the white colonizers which then led to the "white Australia" policy. Another element is the map of the world. Just shake it and all these millions were going to fall straight down from China into Australia.

As for selling off assets. C J Dennis satirized Australia's greed and short sightedness in 1922 when he wrote a lengthy poem about selling off minerals , "The Glugs of Gosh." Below is a portion of it which will give you the sense of his satire.

Then every month to the land of the Gosh
The Ogs, they continued to come,
With buttons and hooks, and medical books,
And rotary engines, and rum,
Large cases with labels, occasional tables,
Hair tonic and fiddles and 'phones;
And the Glugs, while concealing their joy in the dealing,
Paid promptly in nothing but stones.
Why, it was screamingly
Laughable, seemingly---
Asking for nothing but stones!

And the King said, "Haw!" and the Queen said, "Oh!
Our drawing-room now is a heavenly show
Of large overmantels, and whatnots, and chairs,
And a statue of Splosh at the head of the stairs!"
But a Glug stood up with a cast in his eye,
And he said, "Far too many baubles we buy;
With all the Gosh factories closing their doors,
And importers' warehouses lining our shores."
But the Glugs cried, "Down with such meddlesome fools!
What did our grandpas lay down in their rules?"
And the Knight, Sir Stodge, he opened his Book:
"To Cheapness," he said, "was the road they took."
Then every Glug who was not too fat
Turned seventeen handsprings, and jumped on his hat.
They fined the Glug with the cast in his eye
For looking both ways--which he did not deny--
And for having no visible precedent, which
Is a crime in the poor and a fault in the rich.

So the Glugs continued, with greed and glee,
To buy cheap clothing, and pills, and tea;
Till every Glug in the land of Gosh
Owned three clean shirts and a fourth in the wash.
But they all grew idle, and fond of ease,
And easy to swindle, and hard to please;
And the voice of Joi was a lonely voice,
When he railed at Gosh for its foolish choice.
But the great King grinned, and the good Queen gushed,
As the goods of the Ogs were madly rushed.
And the Knight, Sir Stodge, with a wave of his hand,
Declared it a happy and prosperous land.
You must log in or register to reply here.
Share:
Facebook Twitter Reddit Pinterest Tumblr WhatsApp Email Share Link