Here is some recycled info - a couple of years ago so updates welcome please.

Some are put off by the ferry terminal located here. If staying on the beachfront this is not an issue (well it wasnâ€™t for us). When arriving in the town one turns off well before the harbour area to access the hotel precinct. No harbour traffic on the road that services this area. No noise from the harbour other than the occasional muted â€œTOOOOTâ€ and in fact at night the lights of the ferries as they arrive and depart are quite picturesque. The hotel area is located near the jetty that serves the fast boats mainly bound for the Gilis and Lombok. A local told me that 700 people per day take these boats to the Gilis. Combine this with the divers taking day trips and you get a very busy and watchable hour or so from around 7am. After that it quietens down completely.

The popularity of the spot with divers, the number of dive shops and boats, and my previous experience of off-the-beach snorkelling at Blue Lagoon seem to indicate that itâ€™s still a pretty good locale for these activities.
A dozen or more places to eat but nothing out of the ordinary or expensive from appearances. There were some very fresh fish and prawns on ice outside one restaurant and in the past I indulged in a couple of huge crays here (with friends) for a good price. I had the best flat white (that's coffee for the non-Aussies) Iâ€™ve ever had in Indonesia at a diveshop/coffeeshop/eatery next door to the hotel.

The beach opposite the hotels is OK - pretty clean and lots of the usual colourful perahu. Just the right number of beach hawkers - about four.

Didnâ€™t get to the snorkelling spot known as Blue Lagoon (a few hundred metres over the headland to the north and past Pura Silayukti) but the hotel manager told me that itâ€™s much as before with gear for hire and warungs on the beach. Search the internet for lots of traveller tales. Also didnâ€™t get to the white sand beach over the headland to the south of the harbour but a look at Google Earth shows that itâ€™s probably a lot more accessible by vehicle now because of some tragic failed development on the hill above the beach. Still looks like a very nice beach with warungs, deck chairs etc, judging by the photos. The rock shelf to the south is accessible and has some interesting mini-blowhole effects.

The drive from South Bali is easy now with the major highway to within about 5 ks of the Padang Bai turnoff.

Is Green Bowl beach near there? The one where you have to go down like 300 steps?

rabbit_39 said:
Is Green Bowl beach near there? The one where you have to go down like 300 steps?
Click to expand...

I've never heard of Green Bowl Beach, but being a glutton for punishment, I would love to.

Before it fell into disrepair and was sold off, there used to be a hotel in southern Bali called Bali Cliff (owned by one of Suharto's kids, I think) that had a really long staircase carved into the cliff so you could walk down to the beach. There was also a funicular. And an exceptionally nice infinity pool. Any chance that is the Green Bowl Beach you are thinking of, or am I way off?

Thank for posting this John. Green Bowl Beach? The 300 steps down wouldn't be of a big concern. It would be getting back up them that may pose as a challenge.

Not sure about that. But I just checked and if you look on Google maps, it is a recognized destination. It looks right that I found it not far from the big Garuda statue in a park. Sorry I'm not too familiar with the landmarks. All the times I've spent in Bali exploring is with my head looking at the road and listening to Google map directions. Hehehe

fastpitch17 said:
Thank for posting this John. Green Bowl Beach? The 300 steps down wouldn't be of a big concern. It would be getting back up them that may pose as a challenge.
Click to expand...

Rumor has it that the warung up top where you'd Park charges 4000 for teh botol on your way down and 8000 once you're back up top. When I was there the warung was closed.

I checked Google maps and it looks like padangbai is quite a ways up north. I swear I visited both in one day and it didn't seem like a long day. I always enjoyed the motorcycle ride though, so it may have given me a different sense of time.

It'd take a good hour to get up the east coast to Padangbai from the airport. Green Bowl is on the southern coast a good half hour south of the airport. It faces directly south so cops the full brunt of Indian Ocean swell. Green Bowl as it is signed used to be known as Green Ball by surfers, I don't know why the change but could guess it was just in the interpretation of what was spoken.

one of my favourite destination. I took my rescue diver course in padang bai.
jetty Tanah Ampo padang bai probably one of the best dive site in Bali. Great muck dive with zillion fish school in the morning.
B

rabbit_39 said:
Is Green Bowl beach near there? The one where you have to go down like 300 steps?
Click to expand...

Hi Rabbit (this is Davo Bali) .., been awhile since I seen you last hope alls going well with you.

Yes greenBowls (actually it;s really called green balls) is still there , It was originally called greenballs due to surfer who first found it in the early 70's , noticed lots of those green floating glass balls in the lagoon that they one used a long time ago before plastic ones were available.

..., but anyway .., these days developers are doing their best to exploit and destroy the charm of the whole area down there .., Pandawa Beach (known as secrets a few years ago) now gets about 100 tour busses a day not to mention hundreds if not thousands of cars per day , and civil earthworks are carving the place up like its the Amazon . It's horrific whats going on in Bali's far southern coastline now, with no thought what so ever into the future sustainability of the area . Some carparks etc are receiving cosmetic facelifts but nothing else as another beach gets ripped up.

Currently Nyang-Nyang beach (double the steps again of green balls) which is halfway between Greenballs and Uluwatu .., is the only one now left untouched down there , but for god knows how long that will last . When you see the mindless destruction thats gone on it the area , the Govt should buy it all up now and make it a national park while they can (update ; just heard bulldozers are carving a road throught there right now !)

All that the bulk of local children of the area will end up with is unemployment once they are grown up .., because by then the area will have become a polluted cesspit that no-one want to visit unless there is some drastic action now put in place to save what's left .., and all the current destruction , raping and pillaging is all due to the greed and exploitation of a corrupted few and their associates

The Mulia Hotel at Nusa Dua , built an ugly rock groyne near the headland and pumps crappy water which Mulia claims is treated (but is greasy) out though their fake channel next to the groyne .., but this groyne has eroded away all the sand from around the Geger Temple Headland where before the wall existed a beautiful beach with Crystal clear calm waters where local families with young children used to visit every afternoon , as there was shade in the afternoons from the headland . Now (since the wall) the carpark stairs end abruptly with a 10 foot drop into the Mulia's shit pit where there is no longer a beach and the surrounding water is always murkey.

Now the Beach , reef and surfbreak in front of the Nikko Hotel is being destroyed by Fake rock groynes built (also illegally) by 2 hotels currently being constructed called ; Ritz Calton , and also the Kempinski chain of hotels .
Here is a petition , and I please ask everyone to sign it and share on your personal facebook pages ; https://secure.avaaz.org/en/petitio...THE_WALL_let_the_reef_live_and_save_the_wave/

This organisation "project clean Uluwatu" has been doing lots by raising money and awareness with the help also of concerned locals and volunteers to help fight local pollution and destruction ; https://www.facebook.com/Project-Clean-Uluwatu-479706248784675/?pnref=story
Last edited: Aug 11, 2016

Great diving at the abandoned pier in Padang Bai. Incredible macro life: frog fish, banyak nudis, blur ringed octos, rhinos, etc... It is pretty easy to get over to Nusa Penida for big pelagics too. Gekko Dive is a first class operation. 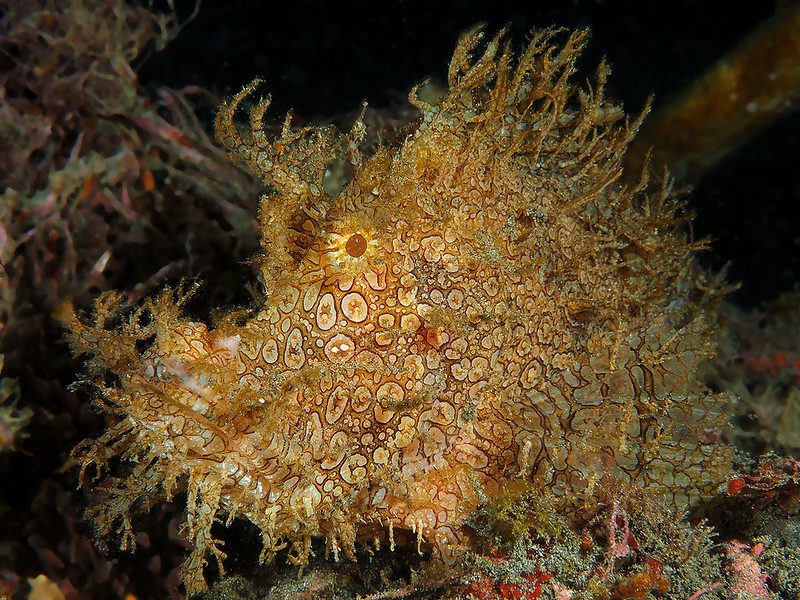 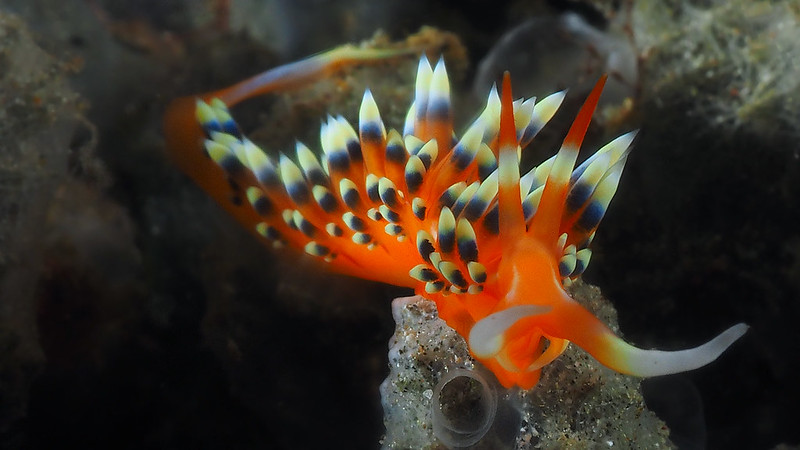 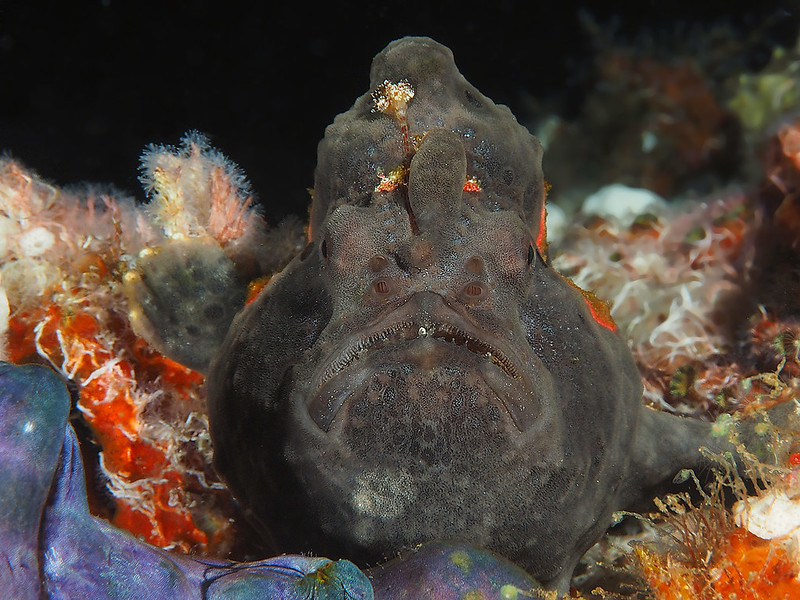 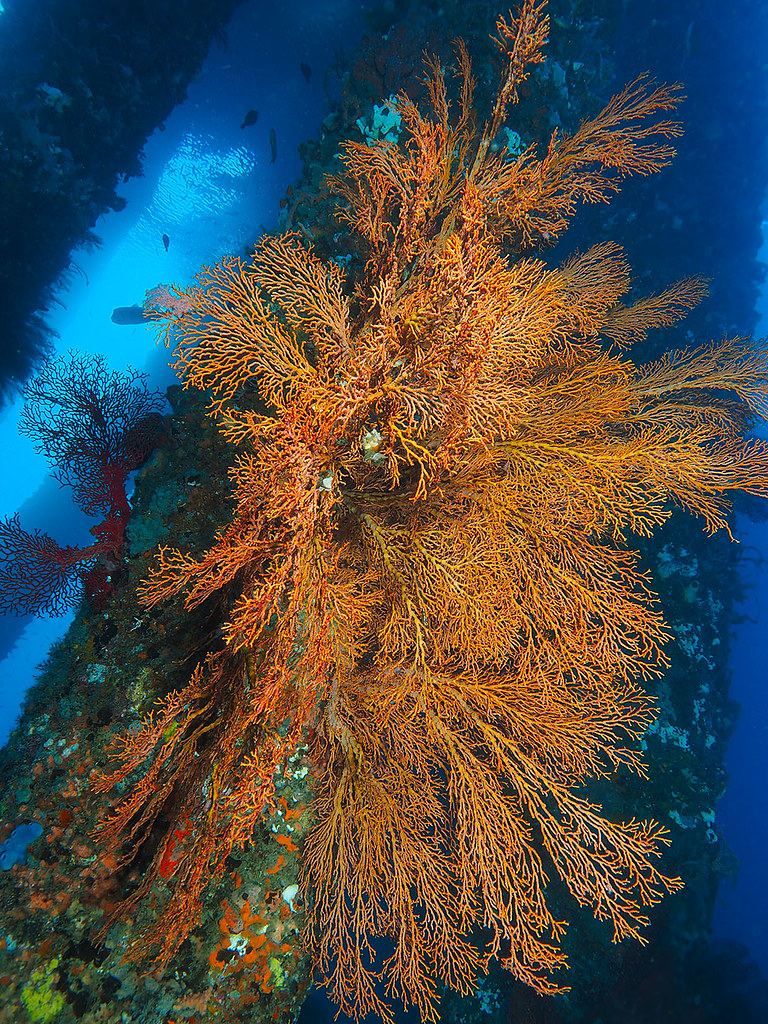 The jetty PB 2 by Wisnu Purwanto, on Flickr
B

Awesome photo's! Guess I have to give Padang Bai a try next time I'm in Indonesia
A

I'm waiting for the pics of

We'll be there on 26 - 27 and then tulamben for 3 days.
Two of us get fever and pharyngitis since yesterday. Hope to recover in time
A

Wisnu said:
We'll be there on 26 - 27 and then tulamben for 3 days.
Two of us get fever and pharyngitis since yesterday. Hope to recover in time
Click to expand...

well hope you have recovered for Christmas and look forward to further photos,
J

Wisnu said:
We'll be there on 26 - 27 and then tulamben for 3 days.
Two of us get fever and pharyngitis since yesterday. Hope to recover in time
Click to expand...

Pak W - you may well run into my friends who were very grateful for your advice on diving Tulamben and accommodation there. Thanks again and have a great dive!

john madden said:
Pak W - you may well run into my friends who were very grateful for your advice on diving Tulamben and accommodation there. Thanks again and have a great dive!
Click to expand...

are they still in tulamben or P bai at that time?
in tulamben we'll be staying and diving with Puri Madha this time
not very difficult to find us, an Indonesian family with 2 young ladies with three cameras jump to tulamben water at 5:30 am.
You must log in or register to reply here.
Share:
Facebook Twitter Reddit Pinterest Tumblr WhatsApp Email Share Link