Indonesia's annual forest fires are shaping up to be one of the worst since the 2015 fires that choked Sumatra, Kalimantan and affecting neighboring countries as far as Cambodia and Vietnam.

Many major Indonesian cities are suffering from extremely unhealthy levels of air quality, with scenes that could have come straight from a horror movie.

Twitter user @RyaFairuz shared this view from Pontianak at 6 am this morning:

Indeed, schools have been closed for a week and residents are urged to stay indoors in Riau and neighboring Jambi. Some deaths have been blamed on the fire as well, including a man trying to save his farm, firefighters, and most tragically, a 4 month old baby. The true death count, or the cost of this disaster may never be known.

The situation naturally drew ire from citizens all across Indonesia, particularly those in Sumatra and Kalimantan. Many accuse the government of ignoring their plight just because they are far from the capital. Netizens point out how Jokowi made a big show of berating PLN directors over a one day power outage that affected Jakarta, while being silent over the much bigger disaster of forest fire. "Indonesia is just Java", a frustrated Ahmad Syawqi wrote on Twitter, a sentiment that has been retweeted over 11 thousand times.


A particular tone deaf response from the government came from Moeldoko, a former Chief of the TNI, and current Chief-of-Staff to President Jokowi. On his Twitter account he quoted the Qu'ran and wrote that natural disasters come from God and should be accepted willingly.

While forest fires during the dry season is a natural phenomenon, it is greatly exacerbated by logging (both legal and illegal) and slash-and-burn agriculture. The later mostly practiced by palm oil plantations. In fact, as much as 80% of the burned down areas eventually become palm oil plantations, according to the National Disaster Mitigation Agency (BNPB).

The government is seen as unable or worse, unwilling, to act against companies that practice slash-and-burn. Along with coal, palm oil is Indonesia's number one export commodity. As long as this is true, it is unlikely that deforestation and all the disasters that come with it will ever be mitigated.

Meanwhile, for the millions of people affected in the region, the only relief in sight is the upcoming rainy season, which is expected late October, early November. A very long 6 weeks away.
H

It seems across the world we are hell bent on turning the earth into a polluted stew of waste, toxic chemicals, radiation, plastics and poisoned air.
Many years ago Melbourne's first organic fruit shop opened and I went to do a piece for the ABC radio programs AM/PM. After interviewing the manager I thought I would get some customer reactions. It just happened that in the shop at that moment was an eccentric character called Billy Rickets. Rickets was a potter and romantic sculptor with a sanctuary in the Dandenongs bush out of Melbourne. His work revolved around nature and Aboriginal spirituality. When I asked him about organic foods he became inflamed and ranted for some minutes with the thrust of his anger directed at mankind "poisoning the earth"
At the time I suspect most listeners would have thought he sound like a complete nutter. But with the advantage of hindsight all that he said was perfectly true.
He lived until he was 95 and may have lived longer but sadly died after a violent altercation with his son.

This is a picture of one of the many hundreds of carvings he created in wood. He lived until he was

For more on how the Palm Oil industry is hurting many, check out this excellent documentary by Al-Jazeera:

If you want to watch the full documentary, here is a link to the excellent "Asimetris". Meaning asymmetric, the title refers to the confrontation of local and indigenous people against the large multi-million/billion dollar palm-oil companies.

We may accept the President's assertion, made this morning, that the current fire problems are due to a failure of regional authorities. But surely there is a Federal body that had oversight so at the least it would seem appropriate to have that person replaced.

According to Indonesian Vice-President Jusuf Kalla, Singapore (and by logical extension Riau, Kalimantan and all other areas affected by the same smoke pollution) should be grateful they get 11 months a year of clean air 'thanks to Indonesia'. That tells you all you need to know about the monumental challenge in solving this issue.

We have been fortunate that we don't get the winds from the North but the hotspots are getting closer. These fires are caused by a complete breakdown of government intervention to stop them and local administration officials and those that are supposed to police it by turning their backs on it, for a price in all likelihood. In 2015 during the last burning disaster there was an order to shoot fire starters. What happened to that? There were also many arrested and it seems no charges ever brought against them or were kicked out of court.

The world keeps hearing about the Amazon and it gets a lot of press and condemnation. Media like CNN who has an office here should be broadcasting the destruction in Indonesia. People don't seem to wake up until the world points fingers at them. Everyone should be posting to their home medias that Sumatra and Kalimantan is burning.

Seriously, this guy. Modern day version of Nero. Playing blissfully with his grand kid, and blogging about it, while his country is literally and figuratively burning.

Not unexpectedly, nearly all of the responses are very negative.

Too much money involved I guess. And don’t forget that we as consumers all want our Nutella.... 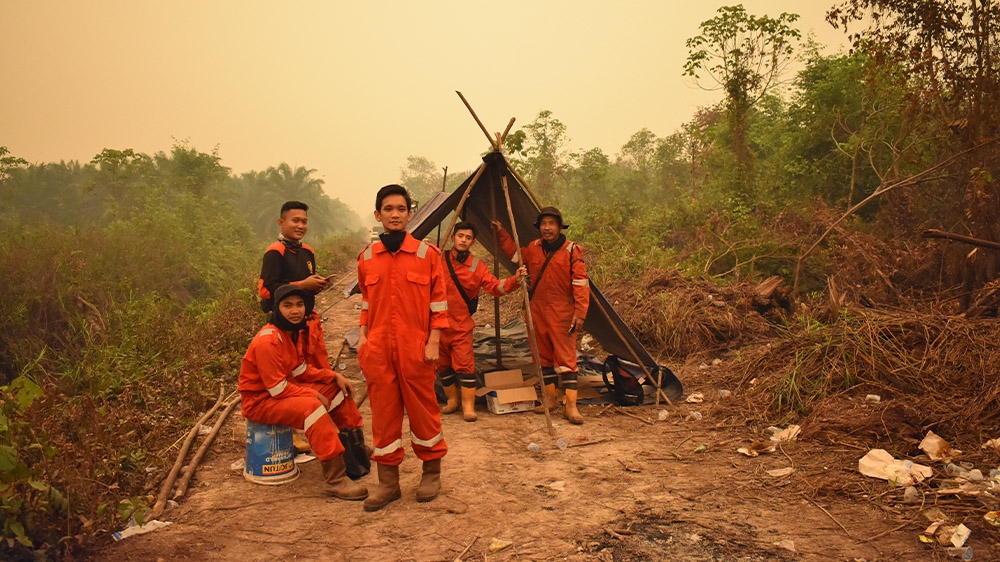 The government says 6,000 troops have been deployed but in Jambi farmers and security guards are on the front lines.

dafluff said:
If you want to watch the full documentary, here is a link to the excellent "Asimetris". Meaning asymmetric, the title refers to the confrontation of local and indigenous people against the large multi-million/billion dollar palm-oil companies.

The creator of the film Asimetris above and also Sexy Killers (which exposes the coal industry in Indonesia) has been arrested by police last night.

Dandhy Laksono, a journalist, activist and founder of WatchDoc documentary was charged with several articles of the ITE law, a law that is purportedly often used to silence criticism and speech the government doesn't like. 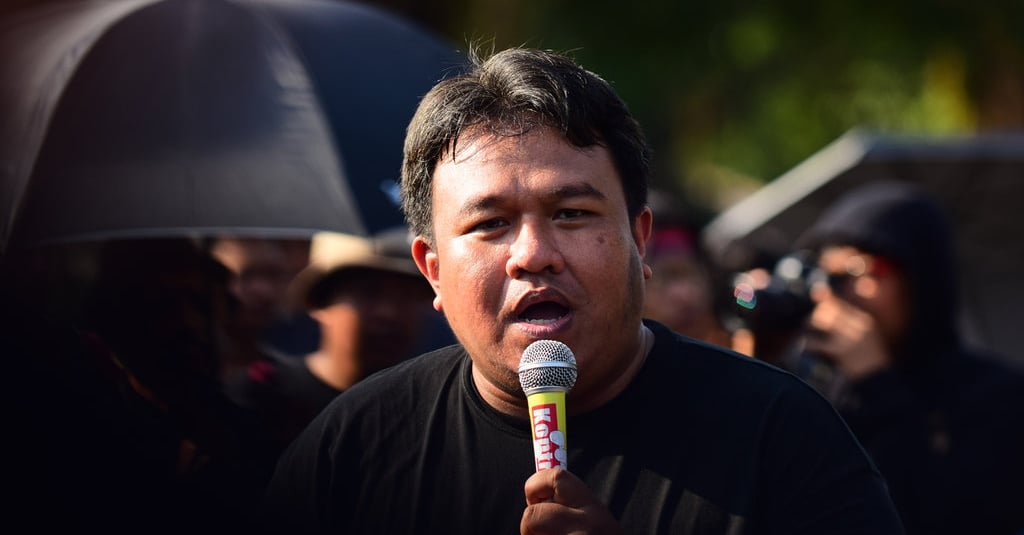 Oh and also, link to the other movie, Sexy Killers: