Criminalisation for Couples who Check In to the Hotel but Not Married.

Draft for a law: Criminalisation for Couples who Check In to the Hotel but Not Married

This is one of the reason why the people are really worried with religious extremist movement interfering people personal life. They keep moving forward and might not want stop until Shariah Law is implemented in Indonesia. Acute opportunistic politicians could use them as a pawn getting their vote in the elections. 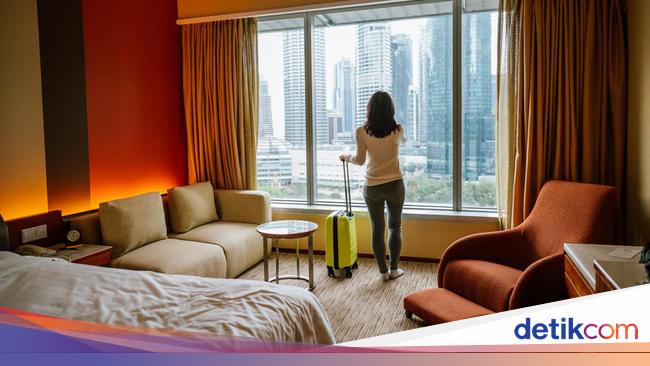 It might be that someday people check in a hotel has to produce the marriage certificate.
Take it easy guys, this is not a political debate just personal opinion that could happen anywhere in the world. IMO is it not a good idea to dictate, interfere people personal life as we are living in the 21st century. I personally do not want religious extremists to dictate my personal life. It is fine if they impose or restrict their own life but they should not force other people to follow what they believe or what they want to do. Noone is forced to share the room in accommodation. Both parties must agree before they engage in activities like sharing the room, sharing the cost or for other purposes.
Last edited: Oct 23, 2022

Never gonna happen, its election time, relax, they bring this up every 5 years along with banning alcohol

Well it might not be happening soon, but never say never it could happen someday.

They have successfully implemented Shariah Law in one of Indonesian Provinces, The province of "Aceh"

en.wikipedia.org
Keep in mind Aceh is an oil reach province where there are a lot of foreign workers.
They do not stop it there but instead keep moving forward. Acute opportunists politicians will use them as pawns to get their votes. Keep in mind those religious leaders have a lot of people, masses behind them that could be brainwashed or mobilised for mass demonstration to disrupt or to influence the law makers. Many of these people are in the religious boarding schools or villagers coming from surrounding villages, small cities. These people will be happy to get involved in mass demonstration, they could also vote in the general election.
As long as there is still sizeable amount of people want to Implement Shariah Law in Indonesia, it might happen someday.
W

Honestly no. It’s similar argument to alcohol ban and/or removing a few 0s from the rupiah. All these things are mooted from time to time but nothing will ever come of it.

Never Never. I said it.

No money to be made there

I believe it is already illegal for a non married couple to share a hotel room and has been for a long time. While most hotels don't bother with it, some still do. There are a lot of laws on the books that people are fully unaware of that could effect their lives. At the same time there are more people out there who are supposed to uphold these laws that don't know about them either.
G

fastpitch17 said:
I believe it is already illegal for a non married couple to share a hotel room and has been for a long time. While most hotels don't bother with it, some still do. There are a lot of laws on the books that people are fully unaware of that could effect their lives. At the same time there are more people out there who are supposed to uphold these laws that don't know about them either.
Click to expand...

They brought in the no sex outside marriage law - but they were creative in how they imposed it so you can only be prosecuted by your spouse (assuming you are cheating), your parents or your kids. I think that was a good Indonesian-style way to bring the law in that won't impact me (unmarried - in a long-term relationship). If they do bring in this hotel law Id say they will have some loophole. Some hotels/ guesthouses in rural religious areas already ask to see a marriage cert but I've never stayed in a place like that. However, I'd say this is just saber rattling to stir up the base and get some news out there.

Yes it exists but they don't bother
Again like Dubai and also with alcohol only supposed to be consumed by resident guests on premises or expats with a special licence back in the old days it was a nice red passport from MMI or A &E and you got budget allowance of 500-1000dhs per month to spend in special shops and then drink it at home
Or there was a semi legal place in Ras Al Khaimah port you could drive to and no limit but then you had to drive back through dry Sharjah and the paranoia of being followed by a taxi who would hit you and call the police to find a boot of semi legal booze
Ah the good old days
You must log in or register to reply here.
Share:
Facebook Twitter Reddit Pinterest Tumblr WhatsApp Email Share Link